“October 31st 2013” was very queasy for me and my family. I woke up very early than usual with a restless heart and mind. There was an on-going squabble between my mind and heart. My mind detested my heart for being so faint and sore and my heart hated my mind for being so numb and out rightly hard-nosed. For hours, I was witnessing my non-existence. My mom and I were mimicking each other’s fears, restlessness, anxiety and a strange unknown emotion. Usually, I and my mom have our breakfast together but that unusual day, she finished her breakfast all alone. I did not know….whether she was trying to be normal by being abnormal or was she convincing me of her being OK. Very often, I and my mom were switching over glances without speaking a word. There was an indescribable and haunting muteness in the house.

My mom was holding her mobile as if she was waiting for someone’s call or message. I observed her for long hours……. Unable to contain my curiosity, I interrupted, ‘are you expecting some news?’ She smiled faintly and said, “Medical Insurance Approval”.  Neither could I challenge to see the nameless fright in my mom’s eyes nor could I exhibit the tears in my eyes in front of her. The whole cosmos did not exist for us……….it was just me, my mom and the uncommon anxiety common to both of us. All the negativities in the world swamped us. The air was very rude and heavy, gagging us very often. My mom was staring at her mobile screen as if it was a ticking time bomb ready to blow up anytime. Suddenly, the message tone deafened our mind and heart rather than our ears. My mom saw the message and smiled looking at me. I asked the reason for her amusement. She plainly said, “a message from AIRTEL (a mobile network in India)” She repeatedly received such messages one after the other. She was sick of anticipating insurance approval and finally got off her mobile. She attempted to absorb herself in the kitchen. Few minutes of dead silence and another message. I informed her of the new text on her mobile but she mistook it as a promotional message. Sometimes, right things happen when we expect them at least. Going with this school of thought, I read the message and to my surprise, it was the approval from medical insurance company.  My mom reflected mixed emotions. She was happy for the end of awaiting but at the same time, the closure of one anxiety opened up the door for another anxiety. She was advised hysterectomy by the doctor. The fear of surgery and its consequences gripped her totally. I called up the doctor to inform about the insurance approval and she advised me to hospitalize my mom straight off. It was uncanny to notice that my mom already bundled up the things she would need during her stay in the hospital. It came along as if someone is prepared for the battle of life and death.

I grappled to take her to the hospital all alone, which was the most emotional and daunting go through ever in my life. Throughout the journey to hospital, we dint speak to each other. It was neither reluctance nor disinterest…….it was pain, which none of us wanted to give each other. No sooner was I done with her admission formalities, a nurse took my mom to a separate room. I looked at my mom being taken away from me …….and I was standing there all alone, pressing her medical reports closely to my chest. Having no shoulder to lean on in despair and having no one to pass on words of strength made me grow feeble. My mom was given some injections, her blood pressure was checked, and her ECG was taken followed by other unknown tests.  She was sensitive to the physical pain but too insensitive to her emotional pain. After few hours, an elderly doctor ushered me to his room and hashed out the risks involved and the chances of successful surgery. Based on my mom’s vital parameters’, in all his frigidness, he called out “High Risk Surgery”. My voice choked, I croaked inside me. Those words carted me into the far past where I lost my father. My father had died of a simultaneous renal failure. During his treatment then, his doctor also let loose similar agitating and faith shattering words “High Risk”. We took the risk then and we lost him. Destiny has once again made me face up the same state of affairs and hear the same life stripping words. I just suspired and walked off of his cabin. I required to cry heavy and out. My eyes could sustain my tears till the cabin’s threshold only. They were on the brink of rolling down my cheeks uncontrollably but percolated seeing my mom in front of me outside the cabin, sitting in a wheel chair, waiting desperately for me.

We were allotted an individual room on the third storey of the hospital building. Very soon, the wheel chair bearing my mom was pulled into the lift. I was besides her, discovering excuses not to face her pitiful yet pretty face. In all those few moments in the lift, she was just interpreting my face. She could chew over the fact that I was trying to fend off her and was managing my best to obscure my feelings. Finally, we were into a small but comfortable room. She stayed in the bed in sheer silence and I sat impotently without an inch of energy on a hard patient side bed, which is generally allocated for the attender. I did not inform any of my relatives of the surgery.  So there was no supportive shoulder or pacifying tongue or warming hand or a feeling heart. We were on our own. I texted my younger sister about my mom’s hospitalization, who was at her work then. I informed about the surgery, which was scheduled the next morning at 11.00 am on 1st November. My mom was on enema for the next hours until her surgery. Both of us could not sleep thinking about the happening tomorrow. I was strengthening myself saying, “this too shall pass” .

What an irony……Heart fully, I was praying that all of my mom’s body parts should be intact and nothing should be cut off from her – Mindfully, I was convincing my mom to swallow the fact that the problem is with her uterus and she will be alright if that is removed. I guess, I was fooling myself, my mom and the creator, who made her Uterus. I guess, He was a in a fix whether to grant what my heart is praying for or to go with what I was convincing my mom to accept. With all these burying thoughts, time flew away just like that. Bright day slowly turned into dark night. Her Blood pressure was shooting up. Doctors were trying to stabilize her and her BP. At last, she was lulled to sleep after few injections. In the dim light of the room, I could see her glowing and healthy face amidst the darkness and all the illness. After living with a year full of sleepless nights, there she was sleeping peacefully in the hospital bed. Was that bed so comforting or was that she has given up all her hope and will. All the dispirited thoughts pierced me the whole night. 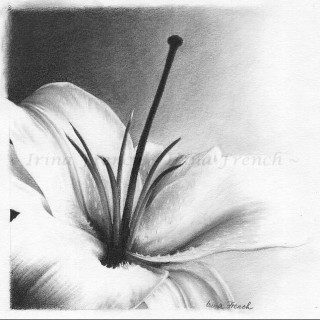 Knowing myself as a soul basking under the sunshine of eternity, I am distancing myself from my being. Learning to be eternal in all the ways of all my living, I am casting off the reason for personifying.